In this quick hit with Steve Kyles, a partner at the Mortgage Marketing Animals Coaching Program, he explains in simple form how to turn your perspective to increase your conversion rate dramatically in your loan production. Applying a few tweaks with your scripts and a bit more structure ramps up your business so you can take your 15% conversion rate to 35% in no time.

Bad things tend to happen in business because of inaction, not because of action.

The most expensive thing in the mortgage business is COI
(Cost Of Inactivity or Indecision).

For instance, the amount of money that LOs lose by simply not calling their database using simple “loan getting” scripts that are totally cool, the cost of not doing that activity could easily be an extra 10 loans per month.

Think of it as paying $20K each of every month to not do that activity.

Look, the worst case scenario is you waking up 5 years from now and you being in the same or worse financial situation that you are in now.

You spending time working on a strategy that didn’t work, or trying some consumer direct FB ads or some other strategy and not getting results isn’t a bad thing, that’s a good thing because you learn from it.

I spent $10’s of thousands of dollars trying to go consumer direct on FB ads was something that totally didn’t work for me, but I learned from it.

I learned what not to do.

Oh sure, we got leads, but it didn’t convert near as well as referred leads, which come to find out are actually easier (and cheaper) to get than FB or Zillow leads.

You making a video where you stuttered or didn’t look your best or didn’t have a good angle or bad audio isn’t a bad thing, it’s a good thing because you learned from it.

The bad things are the inaction, the things that you were afraid to try.

The biggest failures are the ideas that we never took action on.

Having imperfect conversations with customers and referral partners are the good things because we all learn from them, and we can share in our FB groups for our members to other “action taking loan officers” to tweak them and get others’ ideas and results to learn and grow from.

Just make sure you are in a group of “action takers” instead of forums of those giving opinions that never actually do anything.

<dropping mic and stepping off soapbox> 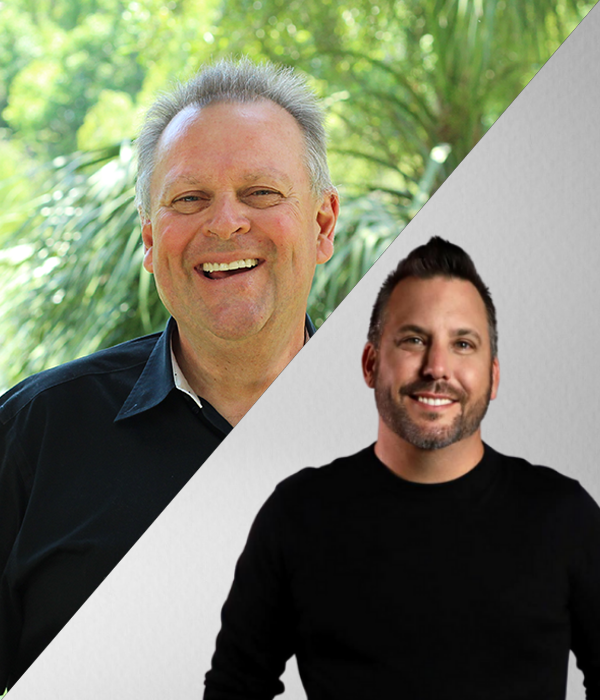 On this episode of Loan Officer Freedom, the #1 podcast in the world for loan officers, I sit down with my friend and partner, Steve Kyles as we dig deep through this mini mastermind session.

As loan officers, we want to focus on things that really move the needle in our businesses, so Steve and I are sharing a few thoughts we have that can help you.

What we mean by this is that there’s nothing more costly than COI – Cost of Inactivity. In this episode, I’ll drill down what this exactly means and why you simply must make the moves in order to increase your production.

Another big thought that we all think would be an easy step is to follow the actions of the people who are doing it consistently, in the right way, being proactive in their communications, and therefor are successful in their mortgage businesses. Tune in to hear what Steve and I have to say about this…

Learn more about how we coach you as a loan officer to build real relationships that simultaneously move the needle in your business. Schedule your complimentary call with our top strategist today.

Tune in to be motivated, inspired, and encouraged in your mortgage business.

The vast majority of LOs want to be sold a “magic bean” to build their business.  Virtually all the ads we all see today are proof of that.

But you personally want to remember that smart people don’t believe in magic beans.

If you want to make serious money in a serious business, then you need to acquire some skills and knowledge, preferably from people that are actually doing, at a very high level, what you want to do.
Let’s get you hooked up with a plan, a serious plan, done by people that are seriously successful.

…. and no magic beans included…