“Because even the smallest of words can be the ones to hurt you, or save you.” 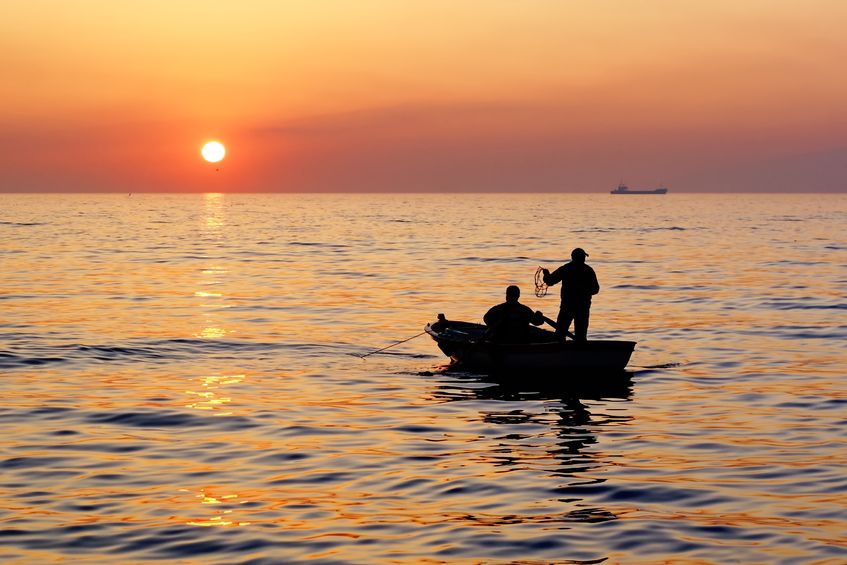 Words are a powerful thing. Regardless of whether they’re used for encouragement and positivity, or in anger or disgust, they have a lasting effect on who they’re directed at. Take me and my buddy Jim for example. We’re the perfect example of how both positive and negative words can affect someone for the rest of their lives.

So when I was about 7 years old, I was in front of my grandfather’s house rowing an old 12-foot wooden fishing boat in the river that his house sat on with my grandfather watching over me. As I was slowly heading over to the other shore, I heard my grandfather bellow from the shoreline: “Now that boy knows how to row a boat!” When I heard his words of encouragement, I found myself digging in and giving it all I had. I imagined that if there was a skier being pulled behind my boat, she would be holding on for dear life as I raced across the water. When I heard my grandfather praise me like that, all of my doubts and misgivings about my rowing skills vanished, and I had suddenly become the best dang rower in the state of Florida.

Now, I had not thought anything about that for many years, until one day not too long ago. A buddy of mine, Jim, and I rented a small rowboat down at Hillsboro State Park (just a bit down the road from where I live now), and it has a pretty swift current. We all know that if you are going in a canoe or small boat, you always paddle upstream first, and do the easy “downstream drift” on the way back. So as we jumped in the boat (which had but one set of oars), my buddy Jim asked: “Who starts first to go upstream?”

Remembering my grandfather’s words of encouragement all those years ago, my chest swelled with pride, and I confidently said, “Jim, I’ll do the upstream part, I know it sounds funny, but I have a knack for rowing a boat, it’s something I’m really good at.”As I was sitting there rowing upstream, making pretty good time, I starting thinking about what I had told Jim, “I have a knack for rowing a boat, it’s something I’m really good at.” Keep in mind, that it had been probably only half a dozen times or so that I had even rowed a boat since I was a small boy boating in my grandfather’s river, and I honestly had no reason to believe that I was an expert rower, except for my grandfather’s comments from way back when. That’s when I chuckled to myself. Here I was, a grown man, with adult children of my own, and around 40 years later, the words of encouragement that my grandfather had given me on that one particular day, had planted itself as a “known truth” and shaped my belief system that I was a world class fishing boat rower. As I sat there with my friend Jim, chuckling, he asked me what was so funny, so I told him the story. After I told him why I thought I was such an expert oarsman, he laughed and he told me that I had stated that I was great at rowing with such certainty, that he didn’t even question it and was sure I was the best to be rowing upstream…

As we sat there in that boat, quiet for about a minute, I saw tears well up in my friend’s eyes. I asked him what was going on. He told me that as a young boy, his father told him that he would never amount to anything. He said it was right at that moment that he realized he had bought in to his father’s corrosive comments so many years ago, and that because of those words, in the back of his mind he truly believed he wouldn’t ever amount to anything either, and he had been carrying that weight with him since he was a small boy.

My point in sharing this today is, please give words of encouragement to all you come in contact with, no matter their age. You never know the impact that it will have, not just for that day or even that week, but perhaps for their next 50 years or more. I’m forever grateful that I had an amazing grandfather who gave me an abundance of encouragement. I wish I could thank him at this very moment, for giving me the opportunity to tell YOU that YOU are an amazing person, and God only made one of you. You are unique in all of the histories of the World, and you are worthy of amazing things. If someone ever told you that you wouldn’t amount to anything, I want you to forget what that person said, and listen to what I’m saying now: You WILL amount to something, and you WILL be successful, because I know you will, and I believe in you. Stop carrying that weight around my friend, and be happy, joyous, and free in your life.

P.S. On a side note…Want to hang out with a small group of LOs and map out ways to close more loans in less time and with fewer headaches….. so you can spend time rowing your boat? Get the scoop here: www.MasterMindRetreats.com

Keep Up With What's Happening

Let us know where you’d like our team to send updates on new podcasts, proven strategies, messages from Carl White, and valuable information we share with loan officers like you!

Congrats on taking the most important step in growing your mortgage business with the goal to close more loans in less time! Our loan officer coaches are ready to provide you with scripts we use, proven strategies, and a daily success plan – all with no obligation! Schedule your Complimentary Strategy Call today!